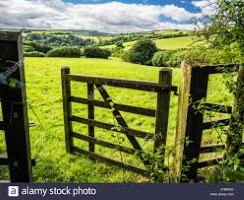 The Rossmoor tennis club selected Mary Ann Shields and Ron Wyman as its 2019 Service Award recipients. Each year the awards are given to club members who have consistently promoted the fun and smooth functioning of the club.

Shields has been an active member of RTC for 13 years. Her creative genius for organizing social events has given club members some great times.  Ask if anyone remembers the Spring Fling that featured Mary Kay, Peter and Dick in a bath tub singing “Splish Splash I was Taking a Bath”.  It was Mary Ann’s idea to hold Kentucky Derby parties.  Fred Barnes was in charge of wagering, the ladies wore amazing hats and we drank mint juleps as we watched the race. Our summer Saturdays on the patio at Buckeye have been more fun since Mary Ann thought of serving mojitos and burgers to the music of Jimmy Buffet. She plays on the ladies’ BALLS league Oaks team and still works part time as a flight attendant.