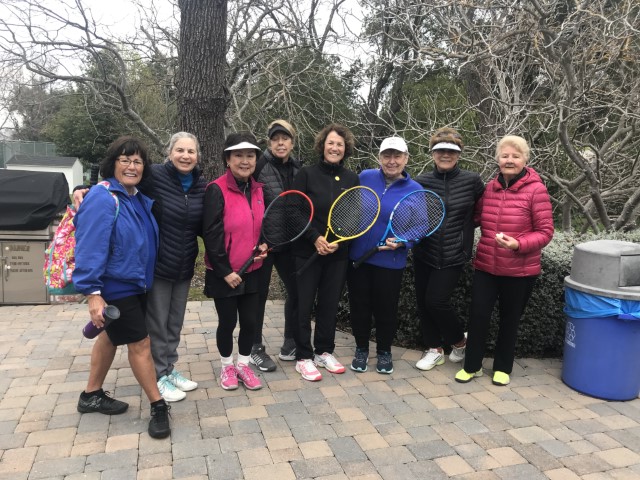 Teams 1 and 4, Terry Quinlan/Carol Pillsbury and Mary Hickey/Trudy Tuan, both lost but fought hard and had many very close games.

The scores weren’t always close but they did not reflect the good competitive play, with many deuces. Despite the loss everyone agreed that it was a fun day of good challenging tennis.V